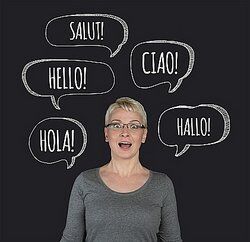 There are five main components of Krashen’s theory. Each of the components relates to a different aspect of the language learning process. The five components are as follows:

This hypothesis actually fuses two fundamental theories of how individuals learn languages. Krashen has concluded that there are two systems of language acquisition that are independent but related: the acquired system and the learned system.

The monitor hypothesis seeks to elucidate how the acquired system is affected by the learned system. When second language learners monitor their speech, they are applying their understanding of learned grammar to edit, plan, and initiate their communication. This action can only occur when speakers have ample time to think about the form and structure of their sentences.

The amount of monitoring occurs on a continuum. Some language learners over-monitor and some use very little of their learned knowledge and are said to under-monitor. Ideally, speakers strike a balance and monitor at a level where they use their knowledge but are not overly inhibited by it.

This hypothesis argues that there is a natural order to the way second language learners acquire their target language. Research suggests that this natural order seems to transcend age, the learner's native language, the target language, and the conditions under which the second language is being learned. The order that the learners follow has four steps:

This hypothesis describes external factors that can act as a filter that impedes acquisition. These factors include motivation, self-confidence, and anxiety. For example, if a learner has very low motivation, very low self-confidence, and a high level of anxiety, the affective filter comes into place and inhibits the learner from acquiring the new language. Students who are motivated, confident, and relaxed about learning the target language have much more success acquiring a second language than those who are trying to learn with the affective filter in place.

A Final Point on Grammar