Complete List of Books and Other Works by Jane Austen 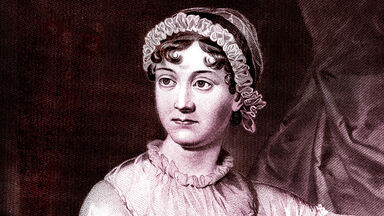 Published in 1813, Pride & Prejudice is a timeless love story of Elizabeth Bennet and Mr. Darcy. It also follows the secondary love story of Jane and Charles Bingley. Not only have modern adaptations added zombies, but the story itself has made its way into dozens screenplays and films.

In her 1814 novel, Mansfield Park, Jane Austen introduces you to the impoverished yet spunky Fanny Price. Misunderstanding and doomed love affairs lead to an interesting romantic web for Edmund Bertram and the Crawford siblings. The timelessness of Austen’s writing, along with the unique tales she weaves, has carried this book into the modern century.

The last book published (1815) before Austen's death, Emma, follows the story of Emma Woodhouse and her matchmaking antics that lead her to her true love for George Knightley. While filmmakers made Emma into several movies, the 1995 film Clueless offered a modern spin on this timeless tale.

Jane Austen was a prolific writer. While she saw the success of four of her works, two were published after her death: Persuasion and Northanger Abbey. Her final work, Sanditon, was never completed, and The Watsons was abandoned. Explore these unique works of fiction.

Dive into the love and loss of Anne Elliot in the novel Persuasion. Through a bit of bad advice, Anne pines away for a man who can never forget her cruel rejection. Published in 1817, this classic love story shows you the pain of a waiting heart.

Sanditon was the last of Jane Austen’s novels to be written, and Austen herself never finished it past chapter 11. It follows the story of Charlotte Heywood and her relationship with Sidney Parker. However, even with its unfinished form, the work has been adapted to film and miniseries.

Written around 1803, Austen abandoned the story The Watsons. A rough novel, the story doesn’t have clear divisions but follows the heroine, Emma, who lives with a wealthy aunt.

In addition to her published novels, Austen wrote a collection of stories in her youth. Explore the coming of age writing journey of this enigmatic author.

A short novel Austen never intended for publication, Lady Susan follows the antics of the widowed Lady Susan Vernon. Austen wrote the story in an epistolary form, which was distinctly different from Austen’s later works.

Written by a teen Austen, Volume the First contains all of Austen's beginning stories and playlets. It includes distinction writings like Ode to Pity, The Mystery, and Detached Pieces. She also wrote the following amusing tales to entertain her family.

In addition to having three stories, Volume the Second featured snippets of letters Jane Austen wrote. The three stories include:

The final volume of Austen’s juvenile writings is Volume the Third. Written when she was 16, this volume includes only two stories.

The Appeal of Jane Austen

While more than 200 years have passed since her death, Jane Austen’s works remain popular and are reproduced in dozens of different versions. The humor and timelessness of her writing continues to wow readers young and old. Enjoy more classic novels by exploring 50 classic books for teens.