The novels of writer Jack London are typically somewhat autobiographical, so you could say they are loosely based upon his life. He is best known for books that center around a character in a struggle against nature, but there are also a great many buried themes and messages within his books. 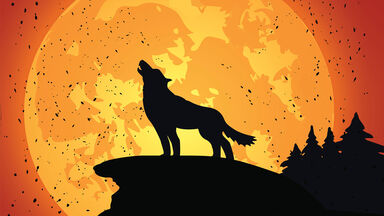 Many of Jack London’s books are loosely autobiographical, so his own story is a major theme in his work. In fact, he said as much in a letter to a friend:

No; I’m damned if my stories just come to me. I had to work like the devil for the themes. Then, of course, it was easy to just write them down. Expression, you see - with me - is far easier than invention.

Stick to the Northland

If many of Jack London’s novels have one theme in common, it’s the Northland. Because he knew it well, it was one of his favorite settings. In discussing the themes of his work in the letter quoted above, London wrote, “I shall have to stick to the Northland for some time yet.”

Jack London was born in 1876 and began life as a sailor at the tender age of fourteen. He traveled to Siberia, Alaska, and Yukon Territory, among other places. He spent a winter surviving in a primitive cabin in the Klondike and nearly died of scurvy. These northern adventures figure heavily into the autobiographical themes in his books.

Although many of Jack London’s books and stories have elements of his life in the events and settings, there are a few that are notably autobiographical. These include the following:

While part of what Jack London's novels are based upon is his life, there are also some themes that could arguably form the basis of many of London's works. These include evolution, socialism, animal activism, and a return to the land.

Jack London was committed to fighting animal cruelty and was an activist during his lifetime. You can see themes of animal activism and animal cruelty within many of his stories and novels:

Evolution and Survival of the Fittest

A serious believer and scholar of Charles Darwin's theories of evolution, London considered survival of the fittest to be at the core of everything he wrote about - and, indeed, at the core of most situations in life. You can see this theme in much of his writing, including the following:

Jack London was also a political philosopher and had a deep passion for social theories that shaped the way that people lived in conjunction with one another, removing them further and further from a natural state of being. London believed in the theories of Karl Marx, and this can be seen in some of his earlier writings in a subtle way. In some of his novels, Jack London explores the theme of socialism in detail:

Return to the Land

Perhaps, the most pervasive theme in Jack London’s novels was the ideas of returning to the land. London believed in a return to the land as the solution of many of society’s problems. The central conflict of man against the surrounding environment was, to him, the essence of existence, and he had strong beliefs against any societal organization that took humans further away from that by interfering with the natural pace of their lives.

This can be seen again and again in all of his novels, each of which, in its own way, tells the story of a person - or animal - returning to his roots within the natural earth in order to restore sense and rhythm to life.

If you want to explore the themes of Jack London’s books in greater detail, you can read all of them. Here’s a list of the novels published in his lifetime:

What Are Jack London’s Novels Based Upon?

Ultimately, even the stories Jack London made up have a strong basis in his own life and his personal beliefs. Some of their power comes from the truth upon which they were based. If you enjoy this type of writing, explore more powerful memoir examples and inspiring autobiographies.