Despite rejections by many American publishers when he was in his 20s, Robert Frost persevered to become arguably the most famous poet of the 20th century. Learn more about Robert Frost’s unique writing style to understand what his poetry is about. 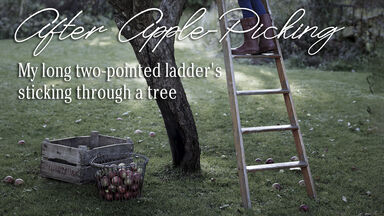 Summing up a poet’s entire body of work in a few words is challenging. However, what makes a noted poet like Robert Frost stand out is his typical style and form. Robert Frost’s poetry style could be described as conversational, realistic, rural, and introspective.

Frost wanted to be different, but he also valued the use of traditional stanzas and metrical lines. He wrote various types of poetry, but he seemed to particularly like a quatrain with simple rhymes like abab and abcb.

He rarely wrote in free verse, but was known to write a lot in blank verse. Frost wrote short poems and long poems, some long enough to take up several pages in a book.

Robert Frost used a lot of metaphors in his poetry. Although he covers many subjects and themes, the core themes of Robert Frost poems narrow down to nature and humanity.

The exact number of poems written or published by Robert Frost isn’t easy to find. If you look only at the poems published in his books, or collections, you’ll find over 250 poems.

“My Butterfly: An Elegy” was Frost’s first published poem, and it was published in 1898. Two years before his death in 1963, Frost read his poem “The Gift Outright” at the inauguration of President John F. Kennedy (JFK).

Other famous Robert Frost poems include:

Robert Frost’s poetry was often published in collections, or books. Four of his poetry collection books won him Pulitzer Prizes.

Robert Frost is considered a great American poet because he captured the language, people, and landscape of the region of America known as New England. Explore other great poets by learning about different poetry genres and the authors who best exemplify each.