José Rizal (1861-1896) was a Filipino writer, activist, doctor, and political martyr. His execution at age 35 for the crime of rebellion was a turning point for the country he strove to defend with political literature and reform propaganda. Rizal's prosaic body of work echoes the social inequities and patriotic passion that would come to define the Philippines at the turn of the 19th century. 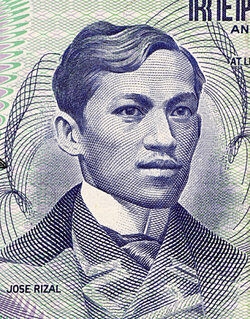 Although José Rizal died for his country at a young age, his list of literary works surpasses many writers who lived a full lifetime. These works are notable for both their place in Filipino independence and for their beautiful language.

Rizal's most famous novel, Noli Me Tangere, drew attention to the unjust Spanish rule in the Philippines after its 1887 publication. It is still widely read all over the world today, as is the novel's sequel, El Filibusterismo (1891). Both books were originally written in Spanish, but are more frequently published in Tagalog and English.

The Plays of José Rizal

Satire was an effective rhetorical device for Rizal's political message. His plays often portray absurd situations that directly echoed Rizal's criticism of the political state of the Philippines.

"To the Child Jesus," written by Rizal at age 14, notes the writer's early interest in Christianity and social inequity. His poems often reflected the dual beauty and cruelty of his country, leading to Rizal's final poem written just before his execution, "Mi último adiós" ("My Last Farewell"). The poem was named posthumously by fellow activist Mariano Ponce after the writing was found in Rizal's cell.

When José Rizal wasn't practicing medicine or leading a political revolution, he was composing music. He often transformed his poems into musical lyrics. Some of Rizal's compositions have been adapted into longer pieces by later generations.

In 1880s and 1890s Philippines, art and politics went hand in hand. Rizal belonged to a group of activist artists that spoke up against tyrannical rule with their writing, music, and art. His speeches honor his friends and compatriots who fought alongside Rizal for Filipino freedom.

Rizal was an adept historian and could read in Spanish, Italian, English, German, French, and Tagalog. His numerous commentaries on historical works provide a fascinating look at the Philippines just before the 20th century.

Rizal's correspondence was no less prolific than his literary or political writing. Many scholars believe that the best way to understand Rizal as a political figure and personality is by reading his extensive letters and petitions. He wrote back and forth with fellow activists, family members, friends Ferdinand Blumentritt and Leanor Rivera, and his love, Josephine Bracken.

Most of José Rizal's body of writing can be found in his articles and essays. Published in reform newspaper La Solidaridad and as political circulars, Rizal's essays did not shirk from expressing his admiration for the Filipino people and his scorn for their Spanish oppressors. It was these works that caught the attention of the Spanish government, who ultimately imprisoned Rizal for writing rebellious works.

José Rizal's life and works are an inspiration for freedom fighters everywhere. His passionate writing and political execution at 35 established his enduring legacy as a national hero in the Philippines. Rizal led a tumultuous life of rebellion and sacrifice, marked by the social inequities that bolstered his people into revolution. If you'd like to learn more, check out a timeline of José Rizal's life that details important events and historical milestones.