French rhymes differ from English-language rhymes in many ways. The subtle complexities of the language make creating poetry in French both a challenge and a delight. 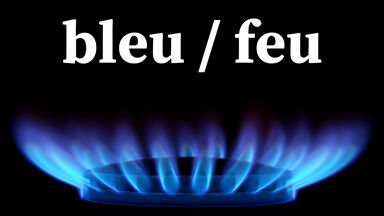 Basic elements of French verse include the syllable count, rhythm, stanza form, and rhyme. Of these four elements, French rhymes may be the easiest entrée point for students into the world of French poetry and verse.

In French, however, these so-called identical rhymes are quite acceptable. An example would be a homophonic rhyme in French of doigt (finger) and doit (debit).

French rhymes generally fall into four categories: rime pauvre, rime suffisante, rime riche, and rime richissime. In some ways, this is similar to the difference between perfect rhyme and approximate or slant rhyme in English.

Rime pauvre, which translates as “poor rhyme,” typically consists of words with only one rhyming vowel. Here are a few examples:

Rime suffisante, which translates to “sufficient rhyme”, adds a consonant rhyme onto the rhyming vowel. Here are some examples:

Rime riche, which translates as “rich rhyme,” includes a third element on top of the rhyming vowel and consonant, such as a rhyming vowel, onset consonant, and ending consonant. Here are some examples:

Rime richissime (very rich rhyme), the most rich rhyme of all, including multiple rhyming vowels and consonants. Also unique to the French language is a rhyme called a holorime. Holorime is an extreme version of rime richissime in which identical or almost identical pronunciation of two lines in a poem.

Holorime was popularized by author Alphonse Allias, and Project Gutenberg has many free downloadable books by Monsieur Allias on its website. Here’s an example of holorime from Allias’ work:

Classical French poetry often puzzles students, who expect to easily identify the rhyme pattern as riche, suffissante, or other common rhymes. The challenge is that word pronunciation changes over time. During the Middle Ages, for example, the silent "e," so common in the French language, was actually pronounced. This added extra vowel sound to the rhyming patterns explains why older French poetry sometimes seems awkward to the modern student only familiar with today's pronunciation.

Words ending with a silent "e" in older French poetry are called feminine rhymes, while words with the final "e" pronounced are considered masculine rhymes. Common rhyming patterns include alternating masculine and feminine rhymes through a poem. Playwrights in the seventeenth century used this technique in plays written in verse.

If you're seeking an online French rhyming dictionary, here are free online versions.

French language teachers find the following lesson plans bring out the creative best in their students:

Try each with your class to encourage them to understand the differences between French and English rhymes and the subtle, beautiful nuances of the French language.

Other Resources for French Rhymes

Easy ways to introduce students to French rhyming words include using children's books and nursery rhymes students are familiar with in their native language. Online sources for printed and recorded French nursery rhymes include Mama Lisa's Word. This site features easy-to-use children's songs and poems that most students should know, as well as French and English translations with many audio files.

Remember that French pronunciation and vocabulary differs in various parts of the world. If you’re working on French poetry and rhyming in Canada, brush up on the French Canadian language and how it differs from the words spoken in France.