Born into slavery around 1820, Harriet Tubman led a fascinating life in which she exhibited great bravery and commitment to others. Discover several fascinating facts about Harriet Tubman, including her efforts as part of the Underground Railroad and assisting Union forces during the Civil War. 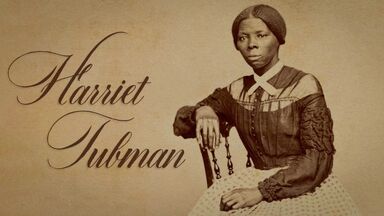 Harriet Tubman's exact year of birth is not known but is believed to be between 1819 and 1822. She was a slave from the time of her birth until she escaped the southern state of Maryland in 1849. Even during the early years of her life, Harriet's fearlessness was apparent. Her birth name was Araminta Ross, though she later changed her first name to Harriet (in honor of her mother) and took her first husband's last name (Tubman).

Resisted Abuses of Slavery as a Child

When Harriet Tubman (then Araminta Ross) was 12, she tried to intervene to stop her master from beating a male slave. She placed herself in harm's way to protect the other slave. As a result, she was smashed in the head with a two-pound weight. This injury is said to have triggered narcolepsy and severe headaches, which impacted her throughout her life.

In 1844, it was against the law for slaves to marry. That didn't stop Harriet from marrying John Tubman, who was a free Black man. She took her husband's last name after they entered into a marital union. She was approximately 25 years old at this time.

Left Behind Her Husband to Escape Slavery

In 1849, Harriet Tubman decided to flee north to the free state of Pennsylvania to escape from the plantation where she had been enslaved all of her life. She wanted her husband to go with her, but he refused to do so. She chose to run toward freedom, even though it meant leaving the man she loved behind.

Continued North After Siblings Turned Back

The Fugitive Slave Act was passed in 1850, requiring law enforcement officials throughout all of the United States (U.S.) to arrest anyone suspected of being an escaped slave. This meant that even being in Pennsylvania or other northern states was no longer safe. As a result, Harriet Tubman, along with many others who had fled to the northern states to escape slavery, relocated to Canada.

Risked Capture to Help Others Escape

Harriet immediately became involved in the Underground Railroad upon her escape from slavery. She served as a conductor along the Underground Railroad. As such, she would leave the relative safety of her new life and go back into places where punishment would have been severe if she had been captured, in order to help others find their way out of slavery. Those she helped called her Moses, seeing her aid as a path towards what they saw as the Promised Land.

Between the time Harriet began offering assistance through the Underground Railroad in 1849 and the beginning of the Civil War in 1861, she helped many enslaved people escape their captivity in the South. Harriet Tubman is known to have bravely helped approximately 70 slaves to navigate their way from enslavement to freedom. Some sources suggest that the number may be as high as 300.

In 1859, Harriet Tubman helped abolitionist John Brown plan a raid on the federal weapons armory at Harper's Ferry. Brown convinced Tubman that arming enslaved people could ultimately help to end slavery. As a result, she recruited people to assist and shared information on ways to escape the area after such a raid. She did not participate in the raid itself. Brown was caught and put to death.

Viewing involvement with the Civil War as a way to further advance her anti-slavery efforts, Harriet Tubman volunteered to become involved with the Union's efforts early in the Civil War. She first became involved as a nurse in 1861, then went on to serve as both a scout and a spy, keeping Union forces informed of opposition activities in South Carolina. Her involvement grew from there.

In 1863, Harriet Tubman's Civil War involvement expanded to combat operations. She became the first woman to serve as the leader of a major U.S. military operation. She led a regiment of around 150 African American Union Soldiers. Known as the Combahee Ferry Raid, this operation resulted in the rescue of more than 700 enslaved people. She led additional raids as the war raged on. No other woman led men into combat in the Civil War.

Not only did Harriet Tubman stand up against slavery, but she was also an early voice with regards to women's rights. Tubman's second husband, Nelson Davis, had been a private in the Eighth Colored Infantry. (The pair married in 1869.) After he died, Tubman received a pension based on his Civil War service, yet did not receive any compensation for her own work with the military. She successfully petitioned Congress and was awarded a pension for her own services rendered during the Civil War.

The Amazing Life of Harriet Tubman

Harriet Tubman's biography reflects amazing accomplishments during difficult times and circumstances. She continued her fight for racial equity and equal opportunity for women until her death in 1913. Now that you know more about what Harriet Tubman did, it should be easy to see why the decision was made to include her likeness on U.S. currency. Gain more insights into who she was by reviewing some Harriet Tubman quotes.