Earthquakes are powerful phenomena that can occur throughout the world. Learning about earthquakes is an important part of science education. Discover 17 interesting earthquake facts, including information about what causes them and how they are measured as well as details about some record-setting seismic events. 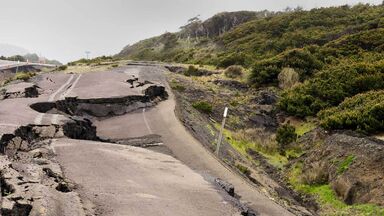 Discover a number of interesting scientific facts about earthquakes.

There have been a number of significant and record-setting earthquakes throughout history. The statistics provided here are accurate as of January 2021.

No discussion of earthquake facts would be complete without a reminder to take steps to stay safe in the event of an earthquake. Get prepared by assembling an earthquake emergency kit and follow key earthquake safety tips and precautions. Be sure to heed official warnings issued by local emergency management officials.

Seismology as a Career

If you remain interested in earthquakes and want to study them as your occupation, you may want to consider becoming a seismologist. Seismology is a specialized field within geophysics. Most professional seismologists major in geology, physics, geophysics, or mathematics in college. If seismology sounds like an interesting career to you, take as many classes related to those areas as possible in high school so you'll have the foundational knowledge necessary to succeed in college-level courses when the time comes.

Now that you have an understanding of some powerful facts about earthquakes, expand your knowledge by discovering how underwater earthquakes can contribute to tsunamis. Start by exploring these key tsunami facts. Enhance what you learn there by exploring examples of oceans and seas. Everything you learn about earthquakes and related geological events will expand your knowledge of physical science and the natural world.