19 Fun Facts About California to Explore

California is a fascinating place. There are many entertaining and interesting facts that make this remarkable state truly unique. Discover a selection of fun facts about California! 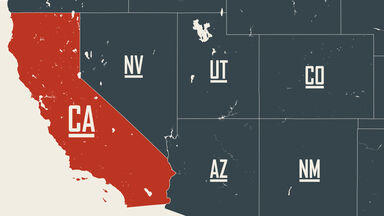 There are a lot of great activities and attractions to explore throughout California. Whether you live there or plan to visit, there is no shortage of fun to be had!

California has a rich and storied history to explore. Its history began long before becoming a U.S. state and continues with every passing day.

Get to Know the U.S. States

If you love learning about California, check out some Southern California slang words. Now that you've had fun getting to know some fascinating facts about this West Coast state, explore more facts about North America. Then, learn about another warm state with some Hawaii fun facts.