21 Significant Facts About the Bible

The Bible has a rich 2,000-year history that has been instrumental in shaping Western civilization and the lives of billions of people around the globe. Explore Bible facts, including scientific facts, that are endlessly fascinating. 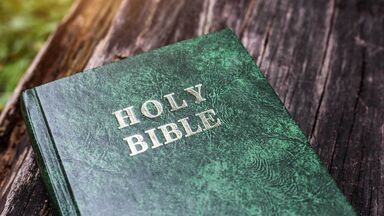 Fun Facts About the Bible Book

Even if you've read the Bible, you may not know how and where it was created, how long it truly is or even how many different versions there are. Discover some mind-blowing facts about this ancient text.

It's the Most Stolen Book

Ironically, although one of the Ten Commandments is “thou shalt not steal,” the Bible is the most stolen book in the world. Bibles are regularly taken from hotels, hospitals, bookstores, and other locations.

It's the Bestselling Book in the World

The Bible is the most-read book in the world. This best-selling book sees up to 100 million copies sold or donated annually. Approximately 20 million copies are sold each year in the U.S. alone.

The Oldest Bible Dates to the 4th Century

One of the earliest versions of the Bible can be found in the Vatican Library and dates back to the 4th century. This parchment Bible includes the Old Testament and New Testament. If you are curious to check the Codex Vaticanus out, you can find it digitized and online.

Authorship Facts About the Bible

The subject of authorship and the writing of the Bible is enough for a Bible-sized book in and of itself. Discover how the Bible was written and by whom.

The Text Was Written Over the Course of 1,500 Years

While there is some debate, most biblical scholars agree that it took about 1,500 years to write the Bible. While Genesis is the first book in the Bible, many experts believe that the Book of Job was written first. The last book that was written and added to the Bible was the Book of Revelation. It is estimated to have been written around 96 A.D.

The Number of Books in the Bible Varies

While all Bibles have 39 books in the Old Testament and 27 books in the New Testament, there are additional books that are accepted in the different branches of Christendom.

The simple explanation for this is that Martin Luther, who started the Lutheran church which served as the foundation for Protestantism, removed seven books from the Bible. This includes several books from the highly debated Apocrypha, which means “of doubted authority.”

The Bible Was Written in Three Languages Across Three Continents

While the Bible has about 40 authors who wrote different sections, it was also authored on three continents. The Bible was written in Asia, Europe and Africa and in three different languages: Hebrew, Aramaic and Greek. The Old Testament was primarily written in Hebrew while the New Testament was written in Greek, the language of scholarship at the time. Aramaic was the common “international language” of the time and most likely the language that Jesus spoke in real life.

There Was a Gap Between Old and New Testament Writing

The writing of God’s words took time, and there was quite a large gap between the writing of the Old and New Testaments. In fact, it was about 400 years before the New Testament writings took place after the completion of the Old Testament. These years are known as the “silent years.”

In addition to the fascinating authorship of the Bible, there are numerous facts about the content itself that merit further examination.

On average, the Bible is over 600,000 words long. However, different translations or versions of the Bible are even longer. In fact, the King James Bible (KJV) is 783,137 words. Each version and translation is a variation of this word count because sometimes translations take more words to get the message across.

The Bible is Over 1,000 Chapters Long

Additionally, the Bible has an astounding 1,189 chapters, with 929 in the Old Testament and 260 in the New Testament. Of these chapters, both the longest and shortest chapters are in Psalms. Psalms 117 comes in as the shortest Bible chapter, while Psalms 119 is the longest.

Jesus Is Never Described in Detail

While churches and iconography worldwide depict images of Jesus, the Bible never truly describes what he looks like. There are hints to his features found in some books of the Bible, but a full description is lacking. The only Bible verse that gives any indication of Jesus’s appearance is Isaiah 53:2 “he had no form or majesty that we should look at him, and no beauty that we should desire him.”

There are 185 Songs in the Bible

In addition to epic battles and the parting of the sea, you can also find an array of songs within the pages of the Bible, 185 songs to be exact. These include chants, hymns and dirges. The majority of these are in Psalms, which is partly why it is the longest book. The word “psalm” comes from the Greek psalmos, meaning “song sung on a harp.” The psalms were authored by King David, who often played the harp.

The Shortest Verse in the Bible Is 2 Words

Most Bible verses are known for being pretty long, especially when you are trying to memorize them; however, John 11:35 (KJV) is only two words: “Jesus wept.” This verse references the tale in the Gospel of John where Jesus grieved for Lazarus, whom He then famously resurrected from the dead.

Produced in 1557 in Geneva, Switzerland, the Geneva Bible was the first version of the Bible to be translated from both Hebrew and Greek, as well as the first to be printed on a printing press. At the time, Queen Mary I of England was persecuting Protestants, even having them burned at the stake. In response, many Protestant leaders like John Calvin fled to Geneva. The Geneva Bible was very influential in the 16th century and was one of the books taken to America on the Mayflower in 1620.

The Geneva Bible Was the First to Have Verses

The Geneva Bible was also the first to include verses, commentary, footnotes, and cross-references. King James VI of Scotland disliked these additions, calling them “seditious.” He particularly disliked that this translation and notes directly challenged authority, including the divine right of kings to rule over men. He banned the printing of the Geneva Bible in 1611. The same King James would go on to become the namesake of the King James Bible, as he commissioned that translation.

There Is a Rare Sinner’s Bible With a Typo

The Bible famously states, “thou shall not commit adultery.” However, an ill-fated typo in 1631 said just the opposite. The "sinner’s Bible" actually states “thou shalt commit adultery.” Unsurprisingly, this rare Bible only has a handful of remaining copies floating around due to this unbiblical commandment.

The She Bible Includes a Surprising Typo

The “She Bible” refers to an infamous typo found in a 1611 edition of the King James Bible. The typo is found in the Book of Ruth 3:15, which reads: "She went into the city.” This verse refers to God, so it is essentially describing God as a woman. Only a small handful of “She Bibles” remain.

Scientific Facts About the Bible

The Bible and, more specifically, the church have historically not always agreed with science, often leading to controversy. However, the Bible in fact supports several scientific facts that were not discovered until many centuries later.

The Earth Is Round

While it can be translated differently depending on how you look at it, a passage in the Bible does describe the world as round or sphere. This passage can be found in Isaiah 40:22 (NIV),

“He sits enthroned above the circle of the earth, and its people are like grasshoppers.”

This book dates back to about the 8th century. While it has been acknowledged that the Earth is round since the time of the Ancient Greeks, the topic continued to be debated for many centuries.

The Earth Is in Space

Another fun scientific fact found in the Bible is the reference to space. This is found in Job 26:7 (NIV), which dates back to approximately the 6th century B.C.:

“He spreads out the northern skies over empty space; he suspends the earth over nothing.”

At the time of this writing and for centuries afterward, many didn’t believe in a free-floating Earth. In fact, the Bible also supports that the Earth revolves around the sun, which was not discovered until millennia later.

Blood Is the Source of Life

With modern science, you know that blood is needed for life. However, this was not common knowledge in biblical times. In Leviticus 17:11 (NIV), it is noted that,

“For the life of a creature is in the blood.”

There Is a Hydrologic Cycle

There are two verses within the Bible many scholars say relate to the hydrologic cycle before this was an understood concept. Written in about the 8th century, Amos discusses the ocean going into other lands and bodies of water. In Amos 9:6 (NIV) it says,

“He calls for the waters of the sea and pours them out over the face of the land."

Another verse that reflects this cycle is Ecclesiastes 1:7 (KJV):

"All the rivers run into the sea; yet the sea is not full; unto the place from whence the rivers come, thither they return again.”

The fact that air actually has weight is a relatively new discovery, accredited to Evangelista Torricelli in 1644. However, the Bible discussed the weight of air in Job 28:25 (ESV):

“When he gave to the wind its weight and apportioned the waters by measure.”

Facts About the Bible

The Bible has been around for a long time and has influenced people around the world. Want to learn more about the Bible? Explore parables and examples in the Old Testament and examples of blasphemy.