India is a large and fascinating country located on the continent of Asia. There are many interesting facts about India related to the country's people, culture and land. You may find some of these key India facts to be quite surprising! 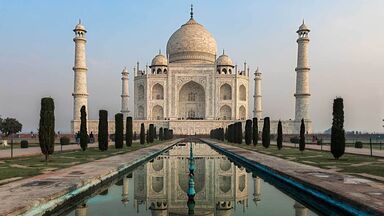 India is a massive country with an enormous population. Statistics are current as of early 2021.

Intriguing Facts About Religion in India

While most people in India are Hindu, many individuals practice other religions.

There are many unique aspects of the culture of India.

Unique Sights and Attractions in India

India is home to some incredible places to visit and appreciate.

India is a large and fascinating country. India has unique and interesting cultural practices, many of which have an impact on other countries throughout the world. For an idea of India's impact on the English language, review this list of English words of Hindi or Urdu origin. You might be surprised to learn that words you use every day actually originated in India.