28 Ecuador Facts for Fun and Learning

Ecuador is a beautiful country located in the northern portion of South America. Expand your knowledge of this fascinating country by exploring these interesting Ecuador facts. 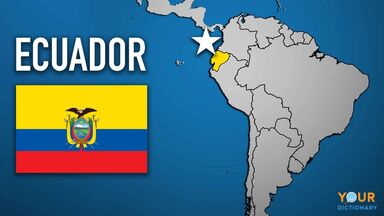 Facts About Ecuador's Economy and Government

Some of the key facts about Ecuador's economy and government are a bit surprising.

Ecuador is a beautiful country with widely varied terrain.

Learn The Language of Ecuador

Have these few facts piqued your interest in learning more about Ecuador, or maybe even inspired you to want to travel there? Spanish is the country's official language, so you may want to master at least some basic Spanish words before you go. English is the country's most frequently spoken foreign language, so you may be able to get by with just a few key Spanish travel phrases.