28 Mighty Poseidon Facts to Dive Into

Most commonly known as the god of the sea from ancient Greek mythology, there's much more to Poseidon's story than his rule over Earth's waters. Discover more than 20 fascinating Poseidon facts about this powerful and fierce figure from Greek mythology. 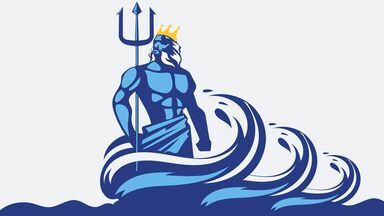 Poseidon's family history is an interesting one linked to the Titans of ancient Greece.

Facts About Some of Poseidon's Children

All told, he is believed to have fathered around 75 children, most mortal but some immortal. Some are notable figures in Greek mythology.

Cronus' fears of being overthrown by his children were not unfounded. That's exactly what happened, once Zeus rescued his siblings.

Poseidon had an interesting life and the ancient Greeks had some interesting beliefs about him.

If you have enjoyed learning these facts about Poseidon, you'll probably enjoy reviewing more myth story examples from around the world. Start with more examples of Greek mythology. Next, review different types of mythology. You may also want to explore some English words with origins in mythology.