Tornadoes are terrifying and all-too-common weather occurrences. Discover important tornado facts so you have an understanding of what tornadoes are as well as how to keep yourself safe if you experience a tornado. 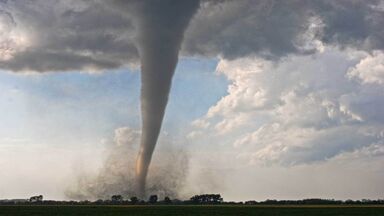 Tornadoes come in a variety of shapes and sizes. There are many different ways to describe a tornado and its impacts. Note: The records mentioned below are accurate as of January 2021.

Everyone who could be impacted by a tornado should know and follow key tornado safety tips. Make sure you can separate tornado facts and myths to help stay safe in an emergency situation.

A few other weather phenomena are very similar to tornadoes.

Respect the Power of Tornadoes

Now that you are aware of some key tornado facts and tornado safety strategies, it should be easy to understand why it's so important to respect the power of these fierce weather events. It's important to be ready to stay safe not only in a tornado but also in other weather emergencies. Make sure you're aware of all types of weather conditions common to your area.