30 Music Facts From Noteworthy to Offbeat

Music is an important part of life for many people. Whether you play a musical instrument, sing or simply enjoy listening to good music, you're sure to find this collection of music facts to be interesting. 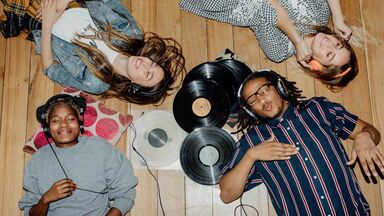 teens listening to music with earphones on
Advertisement

Discover interesting facts about some of the most well-known recording artists.

Facts About Music on Television

There are television shows and networks devoted to music, as well as televised award shows that honor musicians for their achievements.

Facts About Music in Everyday Life

Music finds its way into everyday life in many different ways.

Dig Deeper Into the Magic of Music

Music is such a broad topic that the fact list above is just the tip of the proverbial iceberg related to the topic. Why not take a deeper dive and learn even more? Start by learning some descriptive words for music. If you're still captivated and would like to find out even more, explore the major types of music from around the world.