30 Opossum Facts for Fun and Education

Do you enjoy learning interesting facts about super cute animals? If so, you're sure to love discovering these fun and informative opossum facts. 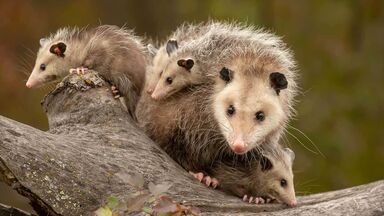 Baby opossums are some of the cutest animal babies in existence.

Opossums change a lot before becoming adult animals, but they're still really cute.

Have you seen opossum spelled as possum before? While possum is a word, it's actually not the same thing as opossum. These words are examples of homophones, which means they sound the same when spoken but don't mean the same thing and are spelled differently. Both are a type of marsupial, but they're not the same animal. Opossums live in North America. Possums reside far away from North America in places like China, Australia, New Guinea, and New Zealand. Possums are more closely related to kangaroos than they are to opossums.

If you've enjoyed learning these interesting facts about opossums, you might enjoy discovering more information about living things. Whet your appetite by exploring species examples in the plant and animal kingdoms. From there, explore the taxonomy of living things to better understand how plants and animals are classified.