Coyotes are beautiful, adaptable animals with interesting habits. Discover a selection of coyote facts so you'll be knowledgeable about these majestic creatures. 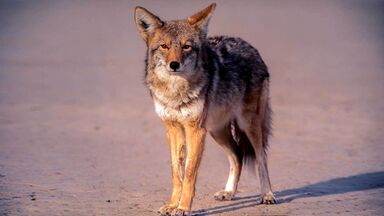 Start your fact-finding journey by learning some common information about coyotes.

Some of these facts about coyote behavior might surprise you.

Coyotes are among the most adaptable animals with regard to habitat.

Discover how the early days of a coyote pup's life unfolds.

Coyotes are interesting animals to learn about. If you've enjoyed discovering facts about coyotes, take the time to expand your knowledge about other animals. Start by exploring basic types of animals and their characteristics. From there, explore the various names used for baby animals. Then, learn about an animal you might think looks similar to a coyote with arctic fox facts.