36 Oprah Winfrey Facts: A Look at Her Life and Success

Instantly recognizable from just her first name, Oprah is one of the most widely-known, wealthiest and beloved figures worldwide. From her less-than-privileged childhood to her remarkable career in the entertainment industry and beyond, Oprah Winfrey is an icon of the modern world. Get inspired by this selection of key Oprah Winfrey facts detailing her life and extraordinarily successful career. 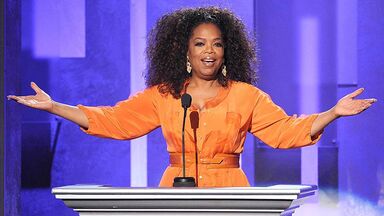 Oprah grew up poor, in very difficult circumstances. Oprah's roots in broadcasting trace back to her time in high school.

After Oprah left Nashville, she remained in broadcasting and found her way to her calling as a talk show host.

Beyond the Oprah Winfrey Show

Life isn't all work for Oprah. Discover a few highlights of the media mogul's personal life.

Oprah Winfrey is a true success story. Not only has she enjoyed a long and lucrative career, but she has also made many contributions to help improve life for people who are less fortunate. The Oprah Winfrey facts listed above are just a few of her many accomplishments. Discover a selection of inspirational sayings from Oprah Winfrey to learn more about her motivation and outlook on life and success.