The Aztecs: Facts Behind a Mighty Empire

The Aztec empire was large and mighty in its day, though it was conquered during the 16th century. Learn to appreciate and understand some of the major accomplishments, beliefs and tragedies that impacted this civilization by discovering a selection of the Aztecs facts. 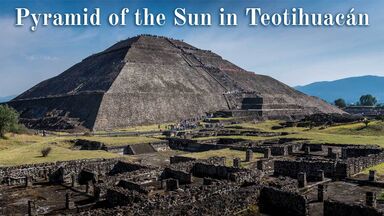 Pyramid of the sun in Teotihuacan park of Mexico
Advertisement

The Aztecs: Facts About Their Civilization

Discover key Aztecs facts and milestones related to these ancient people and their empire.

Religion Facts About the Aztecs

Religion played an important role in Aztec life and culture.

Facts Leading to the Downfall of Aztec Civilization

It only took Spanish conquistadors two years to topple the Aztec civilization. They did so with aid from indigenous allies.

History remembers the Aztec empire as the final great native civilization in the Mesoamerican region. If you found these Aztec facts to be interesting, you'd probably like to learn more about how this ancient culture continues to impact the modern world. Start by discovering a selection of common Aztec words used in English today. From there you might like to explore things related to the Incan Empire, like Machu Picchu.