Buddhism Facts: Enlighten Yourself on the Key Beliefs

Buddhism is a fascinating religion that is very different from other faiths. Whether you're interested in becoming Buddhist or simply want to learn more about the key beliefs of this religion, you're sure to find these facts about Buddhism's key beliefs to be quite fascinating. 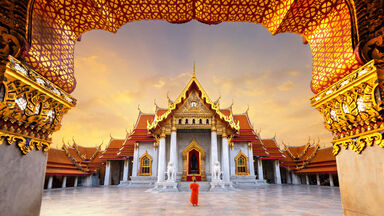 Start the process of enlightening yourself about Buddhism by discovering some core facts about this religion.

Once you understand a few basic Buddhism facts, it's time to explore the core beliefs of this faith and way of life.

You can incorporate some elements of Buddhism into your daily life with these Buddha prayers for good luck. You may also want to explore some amazing pictures of Buddha from around the world. Don't stop there. Now that you know some facts about Buddhism, take the time to learn more about the culture of the continent that the vast majority of Buddhists call home. Start by exploring some of the extinct languages of Asia.