Exploring the Meaning and History of Juneteenth

On June 17, 2021, President Joe Biden signed a Congressional bill to declare Juneteenth a federal holiday in the United States. Officially known as Juneteenth National Independence Day, Juneteenth has been a day of celebration in Black communities in Texas for over 150 years (where it’s known as Jubilee). But what does Juneteenth commemorate, and why is it considered “America’s second Independence Day”? 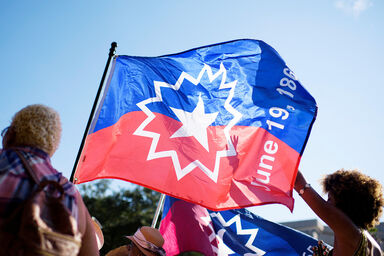 Juneteenth, a portmanteau of June and nineteenth, celebrates the last official day of slavery after the American Civil War (June 19, 1865) and has steadily become more well-known in the 21st century. Many consider Juneteenth to be the country’s Second Independence Day because it marks the first day all Americans were recognized as free citizens, regardless of their race.

A Timeline of Emancipation

But didn’t the Emancipation Proclamation, which was issued on January 1, 1863, free the slaves? Technically, it did — but it took some time and the end of the Civil War to enforce the decree. In fact, many enslaved Black people in Texas didn’t know they had even been freed until Juneteenth, over 2 years later.

The Thirteenth Amendment was ratified on December 6, 1865, almost three years after Lincoln’s Emancipation Proclamation. By 1866, slavery was officially abolished in the United States.

How To Celebrate Juneteenth

Juneteenth is an opportunity to recognize and celebrate Black culture in the United States. While the biggest celebrations are found in Texas, there are lots of ways to observe Juneteenth locally, including:

Don’t Wait Until June This Year

The date doesn’t have to be June 19 for you to think about Black history and culture. For more resources on powerful Black leaders and moments in time, check out: