With its unique geography, fascinating culture and natural beauty, France is truly one of the most interesting places to study or visit. Boost your knowledge about this awesome country by exploring a selection of essential France facts that are educational and entertaining. 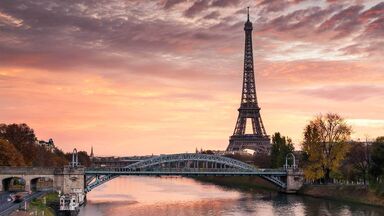 Fun Facts About the Country of France

There's more to France than being a country in Europe! France's rule extends far beyond its presence on the European mainland. Overseas, France includes a number of islands and territories around the world.

Fun Facts About the French Culture

Discover some entertaining facts about French culture's many interesting customs and practices.

France is a paradise for those who love great food and wine. From the history of French cuisine to traditional French foods, there is much to learn.

Outdoors and Entertainment Facts About France

From miles of coastland to a mountainous paradise, France is a beautiful and biodiverse place. The French government and people are committed to conservation.

France is a truly fascinating country. Whether you're a Francophile who's passionate about all things French or if you're just interested in learning more about this European nation, it can be a lot of fun to discover essential facts and cultural practices. Now consider how French customs or specialties impact other parts of the world, even where you live. Start by exploring French words or phrases used in everyday English.