Maya Angelou made a significant impact on the world of literature, as well as stage, screen and civil rights. Truly a voice of her generation, she used her experiences and talents to help make the world a better place. Discover key Maya Angelou facts about many aspects of her life and legacy. 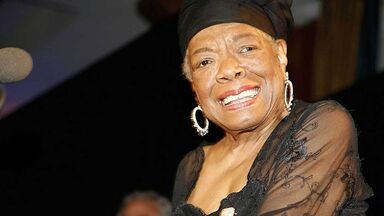 Angelou's childhood was a difficult one. She wrote about her childhood experiences later in life.

Angelou discovered her talents in the creative arts as a teenager. She became a mother at a young age.

Angelou moved on from singing and dancing in nightclubs to television, film and the stage.

Angelou met and worked with Martin Luther King and formed a friendship with Malcolm X. She also worked as a journalist in Africa.

She published her first novel in 1969, followed by many other amazing literary works.

She received many honors for her contributions to literature and the entertainment industry.

The impact of Maya Angelou on the world of literature and entertainment is extraordinary. The achievements documented here are impressive but don't even begin to reflect the full scope of what she accomplished during her lifetime. Review a brief biography of Maya Angelou to learn even more about her life and impact. Consider also checking out a selection of Maya Angelou quotes, both for words of wisdom and as a source of inspiration. If you want to learn about other great literary and civil rights activists, read some Langston Hughes facts.