No discussion of Greek mythology is complete within mentioning Medusa, the hideous being who could turn a person to stone with her stare. Discover some interesting Medusa facts, including how she came to be, how she ended and some ways her image lives on in the modern world. 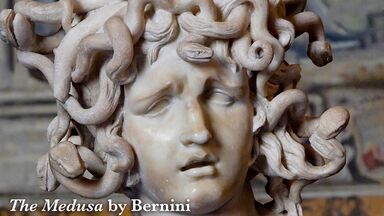 sculpture the medusa by Bernini
Advertisement

Medusa Facts: The Making of a Gorgon

Medusa is a well-known figure in Greek mythology. She's a cautionary tale of forbidden love and the wrath of a jealous, vengeful goddess.

The fact that looking at Medusa's face would cause a person to turn to stone made it difficult to kill her. Perseus was able to do it with the aid of a special tool.

Medusa's image is readily identifiable. It has appeared outside of the world of Greek mythology in a variety of ways, including battle armor, works of art and logo design.

Medusa is one of many interesting figures in Greek mythology. Explore several examples of Greek myths if you're interested in learning about more stories from this ancient time. If you want to expand your perspective on mythology beyond ancient Greece, review some myth story examples from around the world.