What Is a Poet Laureate? Brief History and Facts

The title of poet laureate is typically granted through a government or authorized institution. It is a high honor for a poet to receive this designation, though the privileges and duties associated with this role can vary significantly. Learn more about the history of poet laureates and discover some key facts. 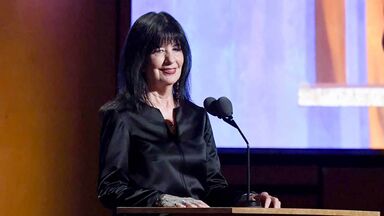 What Is a Poet Laureate?

A poet laureate is an individual who is recognized as being the most excellent poet in a specific area, such as a country, region or state. The designation is typically granted through a governmental body or a literary organization within a government. The word laureate is derived from the Latin word laureatus, which means "crowned with a laurel wreath."

Poet laureate is an honorary designation that may include specific duties or responsibilities along with compensation in the form of a stipend. There is a great deal of status associated with being recognized for one's poetic talents at this level. Being honored in this way can lead to significant opportunities in literary circles and beyond.

Each year, the Librarian of Congress selects the individual who will be named poet laureate. This is done in consultation with current and past poet laureates, prominent poetry critics and knowledgeable LOC staff members.

The role is not extremely structured, as it's important for the current poet laureate to be able to focus on writing poetry and developing his or her own special projects during the term. There are a few general expectations for people in this role.

As of 2021, the U.S. poet laureate receives a stipend of $35,000 per term, along with $5,000 to use for travel expenses. The position is not funded via the federal government. Instead, it is funded by an endowment by now-deceased philanthropist Archer M. Huntington.

Joy Harjo was appointed U.S. poet laureate in 2019. She is the author of several books, including An American Sunrise and Conflict Resolution for Holy Beings. She also serves as a Chancellor of the Academy of American Poets and is a member of the Mvskoke/Creek Nation. Many talented poets held the designation before her.

In 2017, the National Youth Poet Laureate Program was introduced in the U.S. The purpose of this program is to recognize and celebrate the most talented youth poets in the U.S.

This program is an initiative of Urban Word, a nonprofit organization focused on youth literary arts and youth development. It is supported and championed by many literary organizations and governmental entities, including the LOC, the American Academy of Poets, the National Endowment for the Arts, and several others.

The National Youth Poet Laureate is selected via an annual competition that is open to people between the ages of 13 and 19 who have previously been designated as a Youth Poet Laureate for their city. Regional winners are selected and named as finalists for the national award.

National winners are invited to present their work at the National Youth Poet commencement ceremony, and all fees are covered for a writing retreat. They also receive artwork with their image and work featured on it, along with the potential for additional recognition and accolades. Amanda Gorman won the national competition in 2017, becoming the first person to be named National Youth Poet Laureate in the U.S., an honor that led to her being invited to present her work at the 2021 inauguration of President Joe Biden.

Poet laureate programs like the one described here are examples of formal opportunities for poets to be recognized for their talent, hard work and contributions to literature and society. There are many state-level poet laureate programs, as well as in other countries, including Britain and South Africa. Now that you have a better understanding of what it means to be a poet laureate, take the time to expand your knowledge of poetry. Begin by exploring some essential poetry terms.