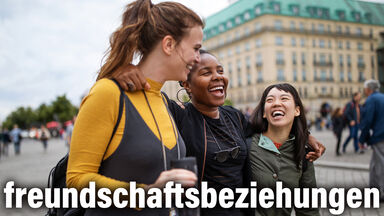 Coming in at a whopping 31 letters, this German word is quite the tongue twister. Arbeiterunfallversicherungsgesetz in English translates to “Worker Accident Insurance Act”. Now, that is truly a mouthful.

In Germany, the government is full of long unique compound German words, including this doozy coming in at 40 letters long. The meaning of this extremely long compound word breaks down to “Narcotics Prescription Ordinance.” Could you imagine trying to say this word 5 times fast?

If you are a bezirksschornsteinfegermeister, well then you are the “district chimney sweep.” That is a pretty impressive title, with a letter count of 30 letters. Getting this unique long German word on a name tag might be a bit difficult.

The German language loves to string words together. In English, our compound words are impressive, but it has nothing on Germany. Coming in at 41 letters, Donaudampfschiffahrtsgesellschaftskapitän translates to “Danube steamship company captain.” Now that is rather a mouth full, to say the least.

Are you ready to buy your insurance? Well if you want to buy some “motor vehicle liability insurance,” then you just need to spit out this 36 letter monstrosity of a word. Calling for quotes might be fun!

Do you have a part-time partner or lover? Well the German have a word for that. Lebensabschnittpartner comes in at an impressive 22 letters to mean “the person you are with today”.

After you look into some motor vehicle insurance, you might as well look at life insurance at the same time. However, you’ll want to add this one to your German vernacular for that. All 31 letters of this compound German word translates to “life insurance company.” Have fun trying to pronounce that one.

You might be noticing a theme, but companies have some pretty long names. This ginormous word of 46 letters translates to “mass communication service company”. That would be a fun one to fit on a sign outside of your building.

This is another long German word that would be very hard to fit on a name tag. However, if you are the “garbage collector at the back of the truck”, you might try to do just that.

Coming in a nice and fun 31 letters, this word means “food intolerance”. Could you imagine having eaten something you shouldn’t and trying to tell that to the world before anaphylaxis? It might be a bit hard to get out of your lips.

Finding long unique German words is pretty fun. Here’s another doozy you’ll have a hard time getting on a sign. Coming in at 39 letters, this word means “legal expenses insurance companies”. If you are going to Germany, you might want to avoid insurance companies at first. Trying to get out that mouth full might be a bit difficult.

As far as compound words go, could you imagine saying a 63 letter word? Well, if you are talking about “Beef Labeling Supervision Task Transfer Act”, then you had better get your tongue ready for a workout. Talk about a uniquely long German word!

When it comes to companies or acts, it might make sense you need a long word for it. Especially if you’re making it into a compound word. However, in German, it takes 24 letters to say “matchbox”. Streichholzschächtelchen is the box you use to store matches in.

German has some long words for their laws and acts, including this 31 letter fun word. Steuervergünstigungsabbaugesetz translates to mean “Tax Preference Relief Act”. Writing that one on your paperwork would be fun!

Still long but a little shorter with only 16 letters, torschlusspanik has the fun translation of “last-minute panic”. That one could come in pretty handy. Especially if you forgot to study for your German test!

In America, you have the Declaration of Independence. In German, you have Unabhängigkeitserklärungen. It just doesn’t really have the same ring to it, does it? But at 28 letters, it's a pretty unique long German word.

And you thought that English pronunciation was hard! German takes the cake with those long German compound words. Keep your love of all things languages going by exploring common Swedish vocab. Auf wiedersehen (goodbye) for now!