The Japanese language features many beautiful sounds that come across as lyrical and lovely. Whether you’re looking to learn how to speak Japanese or are simply interested in learning about lovely-sounding words in a language other than your own, you’re sure to enjoy some truly beautiful Japanese words. 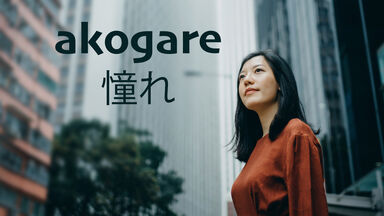 Akogare is the Japanese term used to describe a person’s sense of aspiration to be like someone else. This would be used to describe feelings of longing to achieve something similar to a person that you see as a role model.

Aishiteru is a gender neutral term for “I love you” in the Japanese language. When said to a man, add the word wo (aishiteru yo). When addressed to a woman, you would add wa (aishiteru wa).

Atarashī is the Japanese word for new. It can mean that an item has recently been purchased, or that a person is facing a novel situation that the individual has not previously experienced.

Chichikata translates into paternal in English. It refers to the father’s side of the family, so it would be used to describe lineage.

The Japanese word Gaman is used in the same way as the American phrase “tough it out.” This term refers to being strong and persevering through extremely difficult situations without complaining.

Gussuri is a lovely Japanese word that means sleeping soundly. It is used in a manner similar to the popular figurative English phrase “sleeping like a log.”

The word hinode refers to the time of day that the sun begins to rise. It can be used as a direct translation of the English word sunrise. It can also be used to indicate dawn or daybreak.

Ikigai is the powerful Japanese word used to express purpose and meaning, in the context of life. A person’s ikigai is represented by the things that the individual finds truly motivating, to the point where they would be described as his or her reason for existing.

Issekinichou is a Japanese term that refers to accomplishing two things with one action or item. It means the same thing as the common English language idiom of “killing two birds with one stone.”

In Japan, it’s customary to say itadakimasu prior to eating a meal. This lovely word doesn’t translate directly into English in a way that conveys what it actually means. The closest translation is “I will have this,” but it’s used more like “bless this food.”

Kanai is the Japanese word for wife. It is used to refer to a female spouse.

Kanpeki is the word for perfection in the Japanese language. It could be used to describe a flawless appearance or performance. It can also indicate a situation that could not be any better than it already is.

Kawairashii is a pretty word to say that’s also the Japanese word you’d use to describe someone or something as being pretty. It also means lovely.

Kogarashi is the Japanese word for a brisk, cold wind that occurs near the end of autumn, signalling that winter will be arriving shortly.

The word komorebi is the term used to describe the appearance of sunbeams shining through the leaves in a wooded area. This aesthetically pleasing word is also used to describe longing to be near a person or a place too far away for you to easily visit.

Kyōryokuna is the Japanese word for powerful. It can be used when referring to power in terms of intensity, force, or strength.

Kyoudai is the word for brother in the Japanese language. It is used to refer to a person’s male siblings.

Kyūka is the Japanese word used to describe taking a vacation or going on a holiday. It can also be used to indicate taking a much-needed respite or break from work or another activity.

Mamoritai refers to protection, in the context of feeling protective. This word has romantic connotations, so it refers to having a desire to protect someone for whom you have feelings of romantic love.

Nandemonai is a Japanese word that is used the same way as the phrase “no big deal” or “nothing special” would be used in the United States. It is used to indicate that no thanks are needed or that whatever one person did for another did not require a lot of effort.

Natsukashii is the Japanese term for nostalgia. People use this word when remembering things that occurred in the past in a fond way, with feelings of warmth.

Nichibotsu is the Japanese word for sunset. It can also be used to describe times of day associated with the sun setting, such as dusk, nightfall, sundown, or twilight.

The term otsukare is the Japanese equivalent of saying “good job” to coworkers to let them know that you appreciate their hard work. This word provides a beautiful way to recognize the efforts of others.

Rīdāshippu is the Japanese term for leadership. This word can refer to leadership traits, but also to interacting with others the way a leader would, such as offering coaching or guidance.

Renai is a Japanese word used to describe feelings of romantic love. It is used to express love that includes both affection and physical attraction.

Ryoushin is the Japanese word to refer to a person’s parents. As it is plural, this term is used when discussing both parents.

Shimai is the word for sister in the Japanese language. It would be used to refer to a person’s female siblings.

Shinjirarenai is the Japanese word for incredible. When a person exclaims this word, it is the equivalent of the English interjection “That’s incredible!”

The Japanese term shinraidekiru (also expressed as two worlds: shinrai dekiru) means reliable or trustworthy. It can be used to describe a person you can count on to do what they promised or an object that can be relied upon to perform as it should.

While the direct translation of shinrin-yoku is forest bathing, it does not mean to take a bath in a forest. It’s used to express the experience of immersing yourself in the beauty of nature, fully experiencing forested surroundings with all of your senses.

Shoganai is a way of reassuring someone that circumstances are beyond their control. This appealing term is intended to keep people from dwelling on things that could not have been changed and to move forward without looking back in regret.

Shouganai is a lovely Japanese word that basically means the same thing as the popular American saying “It is what it is.” It’s a much more aesthetically pleasing way of expressing the sentiment that things cannot be other than what they are.

The word tsukiaou refers to dating in the context of going somewhere or spending time with a person for whom you have romantic feelings. When a person says tsukiaou to another person, he or she is asking the individual to go on a date.

Tomodachi is a Japanese word meaning friend. This term is generally used to refer to friends who are peers, such as companions in the same age range.

Ureshii is a way of saying happy in the Japanese language. This term is used to describe a general feeling of being happy, such as the happiness a person feels when receiving a nice gift or compliment on their appearance. When a person says this word as an exclamation, the person is announcing, “I am happy!”

Utsukushī translates to lovely in English. This word is used to express that someone or something is lovely, pretty or beautiful. It can also be used to indicate that a person or situation is charming.

Yasashii is the Japanese word for kind, in the context of a person’s actions or manner of interacting with others. You would use it to say that a person is kind. It can also be used to indicate that a person is affectionate or friendly.

Yuugen is often described as an untranslatable term, yet the word itself and its meaning are both incredibly beautiful. Often used to describe incredibly moving works of art, this word relates to responding emotionally in a way that is so deep that it cannot be expressed in mere words.

Zetsumyōna can be translated into English as exquisite. It is a beautiful word used to describe beauty that approaches perfection.

These are just a few dozen of the many aesthetically pleasing Japanese words. If you'd like to hear the pronunciation of any of these terms, simply enter the word(s) of your choice into a pronunciation website like Forvo. Assuming you are using a device with speakers, you'll get to hear what these terms sound like when spoken.

Add Beauty to Your Vocabulary