If you want to familiarize yourself with one of the most spoken languages throughout India then you should study Gujarati. Gujarati is a very old language that is based off of the Indo-Aryan languages. It is one of the official languages of India and it spoken by over 46 million people.

Because of the large population of individuals that speak this language in India and throughout other areas of the world, Gujarati is considered to be the 26th most spoken language throughout the world. Gujarati has a rich history that includes ties to the ancient language Sanskrit. If you are interested in learning Gujarati it is very important that that you learn more about the development of the language, the various dialects and form an understanding of the writing system.

History of the Gujarati Language

To understand Gujarati language words it is very important that you understand the history of this particular language. Gujarati language is named after the Gujar people who settled in the western Indian region that is today known as Gujarat in the 5th century C.E. This language has its base in the ancient language Sanskrit as Gujarati is a very simple language that at times requires the use of Sanskrit words for more technical or complicated verbal and written expressions.

The development of the Gujarati language spans hundreds of years and has gone through three distinct phases of formation:

When learning Gujarati language words it is very important to note that there are a number of variations within the language. This is mainly because as Gujarati developed in different regions other influences affected both the written and spoken delivery of the language. It is speculated that Gujarati changes every 50 kilometers that is traveled in India. This is because there are dialects in each area of India which differ a bit from the traditional Gujarati language.

The standard or traditional dialect is spoken in the area that includes Baroda and Ahmedabad. There are three main dialects which include: Hindi, Parsi and Muham-madan. The Hindi dialect is considered to be the official, standard form that the government uses and which is taught in schools. The Parsi dialect is characterized by a heavy usage of Persian and Urdu words and a very irregular grammar. The Muham-madan dialect uses a significant number of words from Hindustani.

When learning Gujarati it is important to understand how the vocabulary is formed. It will also be necessary to learn how to write efficiently in Gujarati. In the Gujarati language the vocabulary is divided into three groups which include loanwords, tadbhav and tatsam. Loanwords are words that are carried over into another language.

The tadbhav words are derivatives of Sanskrit and are mainly the most common, critical words used in Gujarati. The tatsam words are also derived from Sanskrit; however, these words are far more technical in nature and are representative of more formal vocabulary that is used for business or religious purposes.

Upon learning the different categories of the Gujarati it will also be necessary for you to learn how to effectively write the language. Gujarati is written in script which is similar to the Devanagari script except without the horizontal line that is present above the letters. 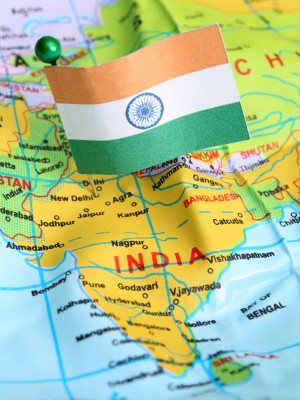