Phonetics is a branch of linguistic study that concerns itself with how words sound—not how they look, what they mean, or where they’re from. Phonetics can help people better understand a language through hearing, and better speak a language by providing help with pronunciation. 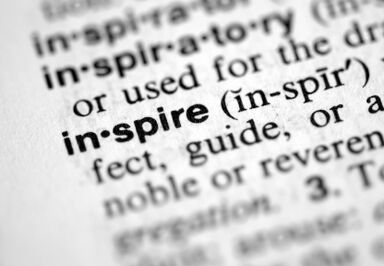 Borrowing from the Latin language, the International Phonetic Alphabet (IPA) focuses on providing a symbol for each particular sound in all languages. In its inception in 1886, the IPA originally had each symbol qualifying as a different sound in each alphabet. For instance the “ʃ“ symbol stands for the sh in shout. Originally, it stood for the English “c” and the “x” in French. Upon noticing the complexities of a single symbol standing for another sound in multiple languages, Paul Passy, a French linguist and a group of his fellow peers established a revision of the IPA in 1888 to make a uniform set of symbols to be used in all languages. After many substantial revisions, today there are 107 symbols that represent consonants and vowels, 31 symbols stand for diacritics, which help specify these sounds even further, and 19 symbols are used to help indicate tone, stress, intonation, and length of sounds. The most recent revision took place in May 2005, most notably with the addition of the labiodental flap, whereby the bottom lip is placed behind the upper teeth and then “flapped” outwards, making a specific sound. This sound is used mostly in African languages. Over the last century, most revisions contained changes in organization of the alphabet, changes in the typeface of certain symbols, and the addition or subtraction of symbols when a sound became necessary or irrelevant.

Usage of the IPA

Although the IPA is meant to combine all languages in one uniform language of sounds and symbols, its usage today is very particular to one main group of professionals. Linguists use the IPA the most to help learn the etymology of a word or to teach specific sounds and languages to new learners of a language. Due to the complexity of the IPA, it is difficult for an individual to memorize all of the symbols, learn the names for specific sounds, and learn how the sounds may be used, especially when the sounds may not be used in their native language. This is one reason for its limited use. Aside from linguistic professionals, the IPA has been utilized for the development of dictionaries, such as the Oxford Advanced Learner’s Dictionary and the Cambridge Advanced Learner’s Dictionary. It has also been used to help opera and classical singers learn how to pronounce words written in foreign languages.

The IPA symbols are difficult to learn, almost like trying to learn another whole language on its own. Plus, if a person already knows how to pronounce a word but simply cannot find the definition, they’re still stuck. Phonetic dictionaries often do two things: first, they will take the IPA recommended pronunciation of a word and convert it into more common characters. Then, they list the newly spelled (or misspelled) words in alphabetical order. Take, for example, the common word “fiancée,” a woman engaged to be married. “Fiancée” can actually be pronounced in one of two ways—with the accent on the second or third syllable. The IPA lists the pronunciation of this word as either “fiɑn’seɪ” or “fi’ɑnseɪ.” To most people, these symbols look quite foreign. Other dictionaries might use still other standardized forms of phonetic pronunciation; for example, “fē'än-sā'.” However, a phonetic dictionary takes the IPA pronunciation and shows the way the word is pronounced in a particular language. A phonetic dictionary might list the word as being pronounced “fee-ahn-sey” or “fee-ahn-say,” with the accent on the bolded portion of the word. These words would be listed in order of pronunciation with other words that have the same beginning sound, whether the word begins with “fee,” “fi,” “phi” or “fei.”

Just about anyone can use a phonetic dictionary. For example, students who are unfamiliar with the English language might pick up a phonetic dictionary to accustom themselves with the way a word is intended to sound, which helps with pronunciation, identification, and comprehension of English words. These are particularly helpful to non-native English speakers who are proficient in reading and understanding the written language, but have trouble speaking it and comprehending it when it is spoken. Some teachers are beginning to use phonetic dictionaries with pictures as a way to aid younger students who are just learning to read—being able to learn bigger words and understand how those words are put together through phonics can result in better listening comprehension, and can aid the young boy or girl as he or she begins to identify and sound out words. Phonetic dictionaries are very useful tools for writers and poets as well. Alliteration, assonance, rhyme, and consonance refer to the way certain parts of words sound like one another. In addition to rhyme, poets use repetition of other sounds to engage a reader and to express different emotions. Searchable online phonetic dictionaries, and searchable software version, can help to construct more interesting, beautiful-sounding pieces of work. Here are some links to online phonetic dictionaries.