The Purepecha, known as the Tarascans to the Spanish conquistadors, are the original inhabitants of Michoacan, which is a state located in central Mexico. If it helps, think of them as the "Native Americans" of Mexico, except they are the "Native Mexicans." They had a major influence in the region from the time period of 1100 A.D. to 1530 A.D. Maybe that seems like a long time ago to you, but in the grand scheme of history, it is not. Their powerful reign did not end so long ago.

In fact, the Purepechas were so powerful that they were the only state in western Mexico to become an empire. Even after the Spanish conquistadors moved into the land and essentially conquered the Purepechas territory, they still retained their cultural independence from the rest of the land. To this very day, the Purepechas gather in celebration of their culture on the day known as "Dia de la Raza."

Dia de la Raza is not a day celebrated exclusively by the Purepecha people. Many indigeneous people celebrate this holiday on October 12. However, this date was specifically chosen by the Ajicic Purepecha Fiesta in order to recognize these peoples. The day is often comprised of a religious celebration, as well as songs, dancing, and crafts. Most important though, is the fact that in spite of the Spanish conquistadors and the passage of time, the Purepecha people have retained so many of the cultural elements that set them apart from the rest of Mexico.

Since they had such a strong cultural identity, they also had their own language. Here is a list of some of the Purepecha words. Maybe you will notice similarities to Spanish, Mexican Spanish, or perhaps even English.

Of course, this list is not complete. Compiling a comprehensive list of every word of any language is extremely difficult, if not possible. Doing so must take into account not only the standard every day words, but also technical jargon, different dialects and so forth. A full list of Purepecha words are available on the purhepecherka website. 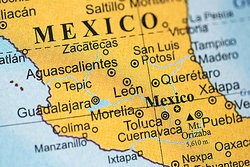