Mexico is a land of many languages. Purepecha is just one of them. Purepecha is the language of the Tarascan civilization, an ancient civilization with a long history. Curious to find out more? Explore the Purepecha language, common words in Purepecha, and even the culture of this indigenous people. 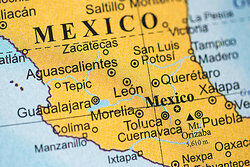 Basics of the Purepecha Language

Linked to the Purepecha people of central Mexico (also commonly known as Tarascan, although the term is considered pejorative today), Purepecha is an isolated language spoken in Michoacan. The history of the Purepecha language goes back to around 150 BCE and is unique among languages.

While the language typically follows the subject-object-verb sentence structure, the Purepecha language has several variations. The two major variations are the lake dialect, near Lake Patzcuaro, and the volcanic dialect, near Paricutin volcano.

To really appreciate the variety among the Purepecha language, you can look over a few examples of Purepecha words here.

This Purepecha words list is only a small sampling of the words available in this diverse language. Additionally, the Purepecha language uses a mostly Roman alphabet with the addition of letter combinations like ch, nh, ku, nh, rh, and ts.

Some letters have a unique sequence. For example, b, d and g can only come after m and n, like in the words "uamba" and "Iamendu."

Culture of the Tarasco People

The people the Spanish came to name Tarascans were the original inhabitants of Michoacan, a state in central Mexico. (If it helps, think of them as the "Native Americans" of Mexico, so they are "Native Mexicans.") Once a foe of the Aztecs, the Tarasco people were so powerful that they were the only state in western Mexico to become an empire.

The Purepecha Fiesta is a celebration to recognize the Purepecha Nation. This three-day festival often consists of a religious celebration, as well as songs, dancing, and crafts. Most important, though, is the fact that in spite of the Spanish conquistadors and the passage of time, the Purepecha people have retained so many of the cultural elements that set them apart from the rest of Mexico.

Even after Spanish conquistadors moved into the land and essentially conquered the Purepecha's territory, the Purepecha people still retained their cultural independence from the rest of the land. This also meant preserving their language roots. Want to learn more about unique languages? Check out the different versions of Creole languages.