Languages become extinct in countries and on continents when there is no longer someone that can speak them. This happens when there are no ancestors who are fluent in the language to pass it on to family members or friends. There are many languages throughout Asia that have become extinct. 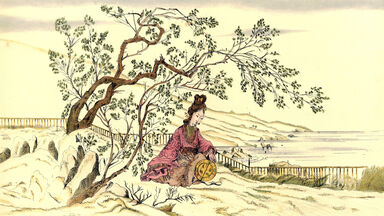 More than 55 ethnic groups in China each have their own language, as Chinese ethnic groups have throughout history. These languages are some of the extinct languages.

Examples of Extinct Languages From Korea

Central and Northern Asian groups had and have languages influenced by Persian, Russian, and Iranian languages. These are a few that are no longer spoken.

Examples of Extinct Languages From Siberia

Siberia is considered by some to be the least linguistically diverse place in the entire world. Most of their 45 languages are now endangered, and these are some that are extinct.

Nearly 200 languages in India are extinct, endangered, or vulnerable. Only a few are considered extinct by Indians, and they were all spoken in the Himalayan belt.

Like other parts of Asia, Sri Lanka is home to many dialects, each belonging to a specific group of people. Because the island nation is so small, it’s easy to see how languages like these examples could be extinct.

Examples of Extinct Languages From Taiwan

In the last century, native languages of Taiwanese groups were banned from school use. Policies like these contribute to the extinction of languages.

Common Near Eastern languages are very old and include Arabic, Hebrew, and Turkish. These extinct languages did not withstand the test of time.

Examples of Extinct Languages From Arabia

Some Arabian languages from ancient times are categorized as Epigraphic.

Levant is the name of a big area in Southwest Asia that included a variety of peoples.

The main languages used in Mesopotamia were Assyrian, Babylonian, and Sumerian. However, there were other dialects used by specific groups.

Like dead languages and ancient languages, extinct languages were used at some point in history, but aren’t widely used today. Learning about extinct languages helps you understand Asian cultures throughout history. If you’re considering learning a second language, resurrecting one of these ancient Asian languages is an option.