There are three Slavonic groups that make up the West Slavonic groups of all of the Indo-European languages. None have separated themselves to a point where it's altogether different from either of its relative languages. The origins of the Slavonic tribes began in the bulk of Central Europe, reaching to the East. The three tribes began to build their own separate identities, all based on the different limitations of their geographical location.

These three tribes, though different in so many ways, have always shared a number of cultural similarities, mainly focusing on language as the largest common factor between the three different tribes.

If you learn enough to become fluent in Polish, learning the differences in Czech and Slovak will come almost naturally to you, making you a polyglot of the Slavonic languages.

If you are having a hard time grasping the actual phonetic differences of translating words from English to the Polish language, you can readily identify by attempting a literal translation of the word you're trying to learn from English to its Polish counterpart.

There are a number of translation resources available on different internet sites that don't charge for their services. The only problem with these free translation sites is that the translations they provide are computer generated and, though often correct, they are also purely literal word-for-word translations, not making any allowance for the grammatical rule of the language you're translating your English to.

Another option for translating words from English to the Polish language is to obtain an English-to-Polish dictionary. This is a direct lookup, almost the same as you would receive from any translation website, however there are often notes provided in subheadings that can point you toward the correct usage for the terminology you are looking up. This can be of great assistance for you, as using the term you need out of context with someone who uses the language every day can either confuse them or humiliate you, or both.

In order to avoid either of these circumstances and ensure yourself a reliable translation and possible education on how to speak fluent Polish, you have the option of hiring a professional polyglot. Polyglots are people who specialize in languages other than their native tongue, and are fluent in more than one. Hiring one of these individuals to help you through your language barrier is in most cases your best and most reliable option, though undoubtedly the most expensive as well. 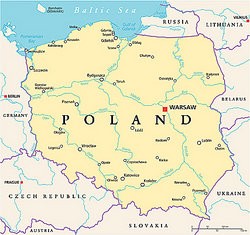