If you’re studying linguistics or want to learn more about pronunciation, understanding the IPA vowel sounds chart is essential. The International Phonetic Alphabet (IPA) is a type of notation for various sounds used in language. The International Phonetic Association releases new IPA charts every few years to reflect current sounds and phonetic pronunciations. Understanding how the vowel chart works can be confusing, but this overview will help. 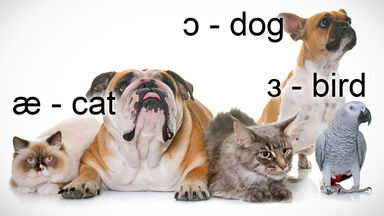 Why the IPA Vowel Sounds Chart Is Important

Although there are only six vowels in the English language (including Y), these letters can actually represent many different sounds. For instance, the letter “a” sounds completely different in the following words:

With the IPA vowel chart, English vowel sounds each get a different symbol based on whether it’s a long vowel or a short vowel, plus other pronunciation factors. This phonetic approach offers a simple, visual way to learn the various sounds. It’s great for ESL students too, since you can see how a single letter can create so many different sounds.

How to Use the IPA Vowel Sounds Chart

Understand the Meaning of the Symbols

In the vowel chart, each sound is represented by a symbol. Some symbols look like common Latin alphabet letters, such as i, y, o, or e. Others are less familiar. Each symbol matches a vowel sound. Here are some IPA vowel chart symbols with example words to show how they sound:

Understand the Positions on the Chart

The IPA vowel chart also includes positions for the vowels. The positions refer to the physical position of a speaker’s tongue and mouth when they make these phonetic sounds.

Use the Interactive Elements of the Chart

The IPA vowel chart is interactive, which means you can click on it and have something happen. If you click on one of the symbols, you’ll bring up more information about it. This includes its description and any IPA codes associated with it.

You can also hear the sounds spoken by four different people, representing different dialects of the English language. This is a great way to hear the difference between American English and British English.

The IPA vowel sounds chart is a handy tool if you’re studying linguistics or perfecting ESL pronunciation, especially if you pair it with a consonant classification chart. These charts offer a visual representation of the sounds associated with language and offer a powerful way to communicate these abstract concepts.