The field of psychology can be complex. But understanding basic psychology terms and their meanings is a good first step to understanding the study of the mind. Keep reading to learn all about psychology vocabulary, including psychological conditions and disorders. 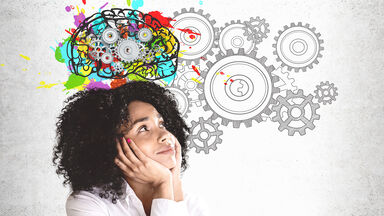 If you’re doing a basic review of psychological terms, you may see some words pop up in your studies. These terms are common to psychologists and therapists in all fields. Basic psychology terms include:

When a person’s behavior or experience differs from the norm, they’re often labeled with various disorders. But it’s important to know exactly what these disorders entail and how they are diagnosed. Some common terms for psychological disorders or conditions that you may hear are:

Psychology in Our World

No matter what branch of psychology you’re studying, it’s good to know what basic terms mean. You can learn a lot about social norms and expectations by taking a close look at acceptable behavior models. Check out these examples of cognitive psychology that include everyday instances and areas of application.