The presidential election is a buzzing time for the political world. Many times, political terms are thrown around that have you scratching your head. To keep on top of your game, learn these common political terms used in U.S. politics. 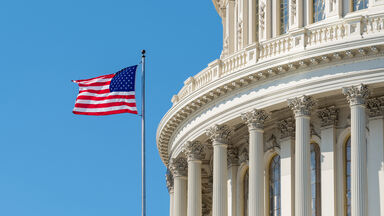 US capital building and flag
Advertisement

The news is full of republican this and democrat that. But what do each of those terms actually mean? Get simple definitions for U.S. political party terms.

Voting is a huge part of politics. In America, it’s how politicians pass bills and get into office. Delve into the murky and wonderful waters of the American voting system through these fun political terms.