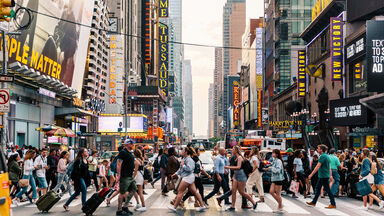 The macrosociology perspective reveals important structures and patterns in society as a whole. It includes paradigms, or theoretical frameworks, such as structural functionalism and conflict theory. Some key terms from the study of macrosociology include:

Microsociologists argue that society is made up of small, interpersonal interactions. They study social behavior in small groups and how one’s individual status affects their life. Here are some key terms and concepts from microsociology:

Studying society on paper only goes so far. Eventually, you need to apply these theories to real human life and interaction. If you’d like to learn more about sociology in our daily lives, check out an article that discusses examples of social conflict theory in everyday life.