Roman numerals date back as far as 800 B.C. They combine seven basic letters to create small and large numbers. Keep reading to learn how to convert Roman numerals to everyday numbers, the history of Roman numerals, and where you might see them today. 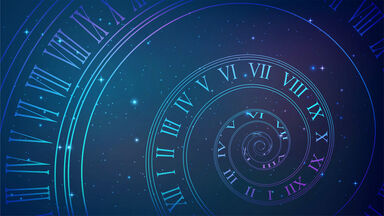 The Seven Base Roman Numerals

When combined in various forms, these seven letters create new numbers. Their placement is important, as the same letters create an entirely new number when in a different order. Here they are, from smallest to largest:

You can use a Roman numerals chart or conversion table to look up Roman numerals. Alternatively, you can easily learn how to calculate them yourself with a few simple rules.

Familiarize yourself with Roman numerals using these examples. If you commit as many of them to memory as possible, you'll immediately recognize how they stack up and can be used to represent any kind of number.

The position of the letters I, V, X, L, C, and D is what determines the value of the actual Roman numeral. An I in the wrong place can be the difference between 9 and 11, or even 99 and 101.

As you add more numbers, the math gets more and more important, but not much more complicated. Read on to learn more about translating Roman numbers.

How to Translate Roman Numerals

In order to break down a longer number like MCMLXXXIV into parts, consider this:

Let's see a few more examples of large numbers, as would be the case when representing a year:

A Brief History of Roman Numerals

Historians believe that Roman numerals originated between 900 and 800 B.C. in ancient Rome.

The symbol for 1 in the Roman numbering system represents a single tally mark. People would notch I into wood or dirt to keep track of items or events they were counting.

But things soon became complicated when they counted by ones alone. What happens after 10? Or 100? The answer is in your fingers!

The Roman numeral for 1 is a single line, just like one finger. The Roman number for 5 is V for the V-shape between the thumb and the index finger when all five of our fingers are spread. If you hold up ten fingers, you’ll find an X when the two Vs merge at the tips of our index fingers – which is why X represents 10.

So why learn about Roman numerals now in the 21st century? Believe it or not, Roman numerals are still used today in a variety of applications. For example:

Learning How to Write Numbers

Understanding how to read and write Roman numerals is an important math skill. It requires adding and subtracting, and is a great way to practice place value skills. For more practice on writing out numbers in different contexts, check out a helpful article on writing numbers.