Why Are People From Manchester 'Mancunians'? There's a Solid Reason 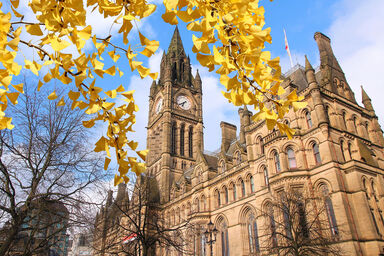 All Roads Lead to Rome

Rewind a couple of millennia to when the island we now call Great Britain was conquered by the Roman Empire. The Romans built a fort on a rocky output sometime between A.D. 78-86 that they later rebuilt in stone in the third century. The fort was called Mancunium, meaning “Place of the Breast-like Hill.” In 1086, the Anglo-Saxons changed the name to Mameceastre, a combination of the Old English word ceaster, which means “Roman town or city.” As the English language evolved, the name morphed into Manchester.

Who and What Is a Mancunian?

Over the years, the people of Manchester came to be known as Mancunians, which is derived from the Medieval Latin name Mancunium. Mancunian is a demonym, a word that is used to describe anyone or anything that comes from a certain place — in this case, Manchester. Mancunian is also often shortened to Manc.

Mancunian or Manc can also refer to the accent and dialect spoken in Manchester, which is famous for being distinct from the rest of England. Of course, there’s diversity among Mancunian accents and dialects as well.

How To Tell if You’re a Mancunian

You may be a Mancunian (or Manc if you prefer) if you:

Manchester has been called home by many influential scientists, musicians, authors, and activists. While some of these notable figures may not have been born in or around Manchester, they have still called the city home and been accepted as honorary Mancunians.

What's In a Name?

Regardless of what side of the pond you live on, the origin of how people and places get their names can be endlessly fascinating.