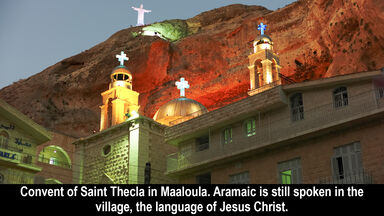 What Is Aramaic Language?

You might think that Aramaic is the official language of Ethiopia. However, that is incorrect. The name of that language is "Amharic."

Aramaic is deeply connected to the Jewish people. It belongs to the Northwest Semitic group of languages, a subdivision of Afroasiatic languages, which also includes Hebrew and Phoenician. Throughout history, the Aramaic language has served some seriously important purposes including:

Those are some pretty significant accomplishments for a language! Aramaic is still used today, so it is not a dead language at all. Furthermore, being able to translate Aramaic to English gives us the benefit of being able to get as close as possible to the original words of the Bible.

You can find Aramaic translation for English words on the internet or in a guide book. However, there is an important component that you absolutely need to remember. If you find a translation that is written in the letters of the English alphabet, you are not getting a true translation. What you are getting is how the word is pronounced.

A true translation from English to Aramaic would result in the word being spelled with Aramaic alphabet. Aramaic uses a series of symbols, the way that English uses letters. Therefore, if you are looking to speak Aramaic words, translating to the phonetics would be enough. Yet if you are looking to learn how to write the words, you will first have to learn how to write the letters.

Explore a list of words translated from English to Aramaic using a pronunciation guide.

Finding words and phrases translated from Aramaic to English is extremely difficult on the internet. You can try Googling the word which you seek or Aramaic translations in general; however, do not expect to have a lot of luck. Your best bet would be to visit the religion section of a bookstore or library. Another possibility would be to check out this Aramaic to English Translator Dictionary, which will provide you with a plethora of information on translating between the two languages in terms of the Bible.

The Aramaic language is a biblical language. While many might think Aramaic is a dead language, it is alive and used in some areas of the world. The Aramaic alphabet uses unique symbols for different consonants and vowels. Explore other ancient languages like Latin vocabulary.