Artemis Facts: Unlocking the Mystery of a Powerful Goddess

Artemis is among the important and powerful goddesses in Greek mythology. Expand your knowledge of ancient Greek deities by discovering these impressive and fascinating Artemis facts. 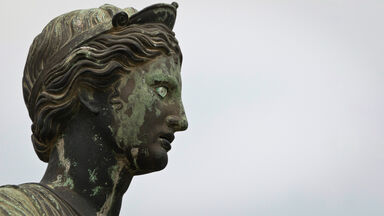 With her impressive lineage, there is no question that Artemis is a highborn figure in Greek mythology.

Artemis enjoyed her independence. From the time she was a small child, she knew that she did not want to marry. She also had an introverted personality.

As with other deities in Greek mythology, Artemis was quite powerful. Discover key powers of Artemis, goddess of the moon and other domains.

There are some interesting mythological stories about Artemis. These myths explain some of the characteristics, personality traits and behaviors attributed to this introverted goddess.

Artemis is but one of many figures in Greek mythology. In addition to these interesting Artemis facts, further explore the world of mythology. Start by discovering several examples of famous Greek myths. Then, explore even more myth story examples around the world. To get a sense of how mythology continues to influence the modern world, review some English words with origins in Greek mythology.